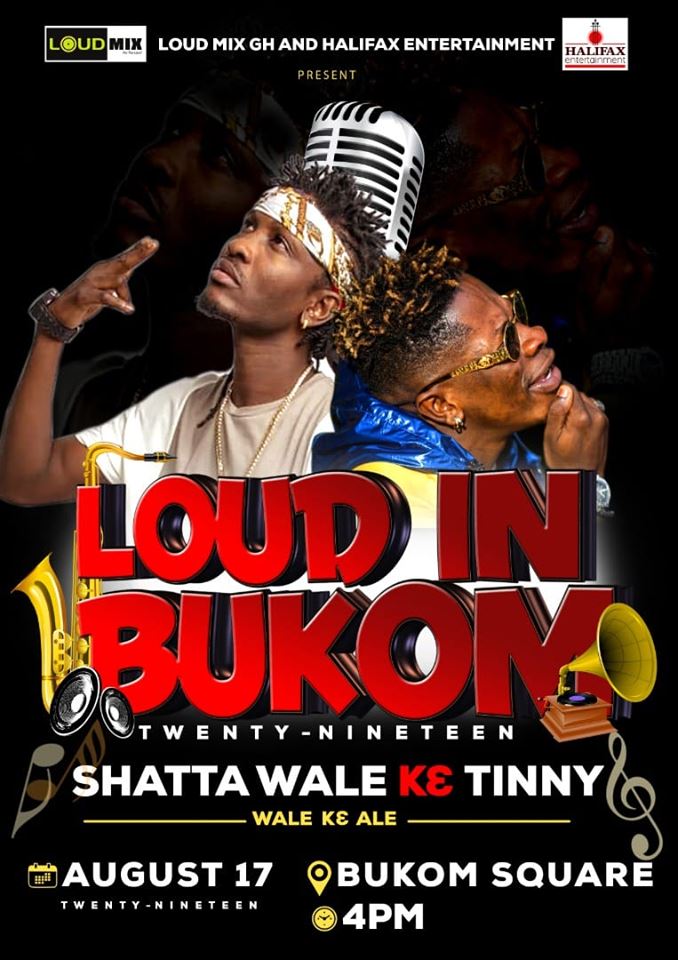 Dancehall King Shatta Wale and the all-time king of Ga rap, Tinny, have both confirmed they would be performing at the ‘Loud In Bukom’ music concert scheduled for this Saturday August 17, courtesy Halifax Entertainment and Loud Mix GH.

The event is the official shut down party for the Gamashi Homowo and would happen at the Bukom Square in the heart of Accra.

“My first time to Rock Bukom harddddd!!!! Fans pls come and celebrate Homowo with me this 17th..Don’t miss it !!!! Mark the date !!! I love you all ❤🙏🏽👑👑👑 #KingAlready”, Shatta Wale confirmed the performance on his official Facebook wall.

This is the fourth edition in a row. The first three editions were exclusively organized by Halifax Entertainment under the name ‘Gamashi Homowo Bash’ but this year’s edition dubbed, ‘Loud In Bukom’, is being partnered by Loud Mix GH.

The last-minute announcement of the music concert came as a surprise because it was made public with just five days to the event.

However, it has been greeted with cheers and has already gone viral.

Other acts reported having also confirmed their participation are Article Wan and Wisa.

Organizers say by Wednesday, they would announce the full performance list and most likely it would include a major act from Swedru.
-More soon- 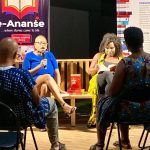