Serwaa Amihere of GhOne TV was taught a bitter journalism lesson earlier this week by the current Minister of Information, Mr. Kojo Oppong Nkrumah who was a host of JoyFm Newsfile before being given his ministerial position by His Excellency Nana Addo Dankwah Akuffo Addo. The lesson occurred when the slay queen turned journalist Serwaa Amihere decided to interview the astute journalist on the Breakfast Review this week.

From all indications, it was clear Serwaa couldn’t have enough time to prepare for the interview as she was more engrossed in trying to appear very beautiful on screen. Her make up was perfectly on point but unfortunately, her “journalismal” dexterity was definitely below par as she was totally floored, “beaten and battered ” by the minister who is a very avid reader.

The embarrassing moment came when Serwaa asked the minister this particular question.

“There is also a growing perception that the president is not interested in punishing wrong doing in this country and the Ayawaso West Wuogon violence has been put forward as an example,why haven’t the people who participated in that violence punished yet”.Serwaa Amihere asked.

“Which people and what was the recommendation of the punishment which has not been expected yet”.Hon.Kojo Oppong Nkrumah replied.

The host was totally deflated like a tipper truck having burst all tyres. She was flattened and didn’t even know what to say.It’s obvious that Serwaa Amihere never read a thing about the Ayawaso West Wuogon incident before throwing that empty question at Minister of Information, Kojo Oppong Nkrumah──and he capitalized on her dumbness and perfectly nailed her to the cross!

She hadn’t expected this as it was clear she had no knowledge of the recommendations given by the Emile Short Commission. As a Journalist, you need to be on top of issues before having a conversation with smart and intelligent politicians such as Kojo Oppong Nkrumah else you’ll end up ridiculing yourself and the television station!

However, the Minister saw her helplessness and trying not to embarrass her, he just let it pass by. Had it been someone like Sammy Gyamfi, I believe Serwaa will no longer be able to show her face on TV again as the NDC communicator is known to be very merciless and he would not have been as merciful as Kojo Oppong Nkrumah.

Fast forward, I think Serwaa Amihere should spend more time reading and researching than makeup and photoshoots for likes and comments on Instagram 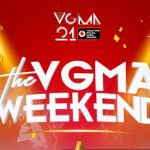