Organizers of zongofest are set to honor popular northern musician Ahmed Mujahid Bello affectionately known as Fancy Gadam, for his effort to promote the culture and values of Zongo through music.

The New VGMA Artiste of the Year will be honoured on Sunday 9th July at the National Theatre together with 30 other personalities.

Over the weekend the organizers held a grand Durban to outdoor this initiative of honouring and celebrating the rich culture and talents of the Zongo people under the theme “Harnessing Culture and Arts for the Competitive Advantage in the Zongos.

The function attracted high profile government appointees, renowned chiefs and opinion leaders of the Zongo communities, patrons of the Zongo development agenda and others. There was rich display of culture by various warrior groups dressed in royal apparels to the amazement of the gathering.

‘ Dr Ziblim Barri Iddi, the Deputy Minister of Tourism, Arts and Culture said the Zongofest 2017 was to commemorate the 57th Anniversary of Ghana attaining a Republican state.

Dr Iddi noted that Muslims mostly inhabited Zongos in Ghana, through the intercultural relations of the various ethnic groupings.

Speaking to Ghanacreativearts.com, He noted that heterogeneous nature of the Zongos was relevant to rich cultural and commercial interchanges that had existed from time immemorial.

The Zongofest organised by the National Commission on Culture and supported by the Ministry of Tourism, Arts and Culture as well as the Ministry of Inner City and Zongo Development and in partnership with the YaaSalam Opportunity Centre and Zongo Business Incubator. 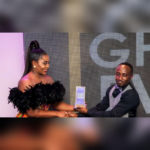