The Ghanaian cinema is set to see yet another intriguing film titled the UNWANTED guest as the industry is poised to unveil its newest and first of its kind in the history of cinema in Ghana outdoor cinema centre.

Put together by RITE TELECOMMUNICATION, JUDI CONSULT, the event seeks to bring cinema alive once again in a breezy atmosphere where the biggest screen is light up to showcase the best of the African and Hollywood films.

The centre is to cater for a large number of film and outdoor entertainment lovers across our major capital city in Ghana. The platform affords the Ghanaian film makers to celebrate their works on a bigger screen generating more capital for their works.

Rite Telecommunication a household name in the Digital Technology Business will deploy it’s state of the art equipment to show the best of African films and beyond.

The event which was earlier announced for the month January is rescheduled for the 4th of March to commemorate the Ghana’s independence anniversary celebrations.

It will be graced by top film stars across the whole nation. 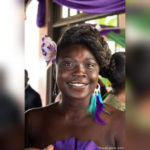