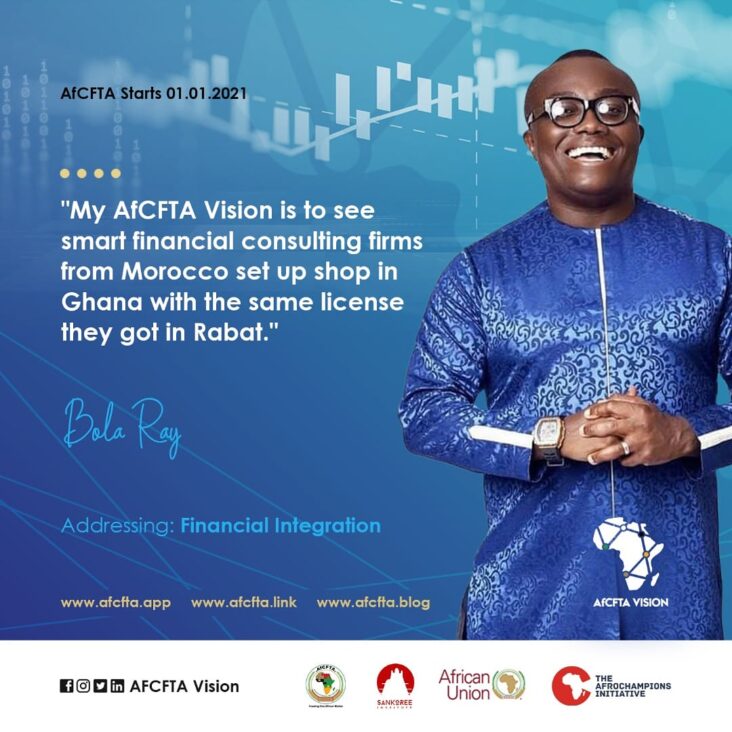 The CEO of the EIB Network Nathan Kwabena Anokye Adisi popularly known as Bola Ray has been appointed AfroChampions Ambassador and an “AfCFTA Visioneer”.

AfroChampions is a multi-stakeholder organization that has partnered the African Union and the AfCFTA Secretariat to foster the successful implementation of the African Continental Free Trade Agreement (AfCFTA) and accelerate Africa’s Economic Integration and Transformation.

A statement announcing the appointment said: “The AfCFTA Visioneers are selected from among those rare Africans whose work and achievements have best exemplified the Pan-African spirit needed to drive forward AfCFTA’s agenda of a single continental market, serving as a catalyst of total transformation of Africa on every front.

“Whilst the Africa Union’s Agenda 2063 provides an overarching vision of the Africa We Want, a continent as rich and diverse as Africa can be expected to be awash with individual, communal, national, regional and corporate visions all of which must align with the grand mission of AfCFTA, which is to accelerate the attainment of the goals of Agenda 2063 and the 2030 milestones through the motor of socio-economic integration. AfCFTA Visioneers are a bridge between the AfCFTA process and the frontline efforts of Africa’s true integrators in the communities, boardrooms and national corridors of power”. 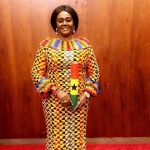 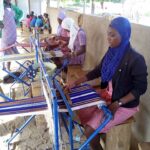