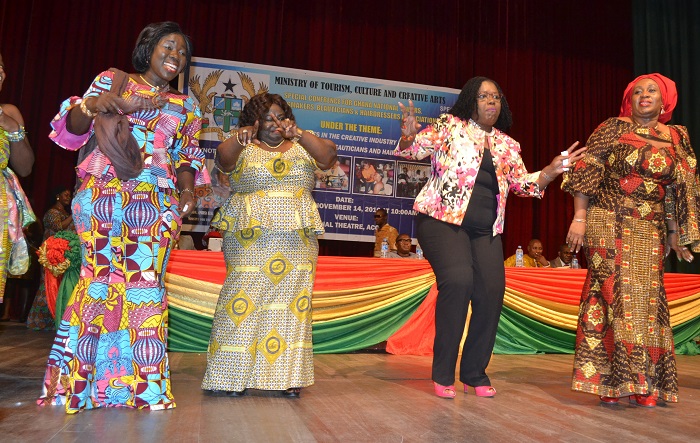 Mrs. Elizabeth Ofosu-Adjare, Minister of Tourism, Culture and Creative Arts, has asked two creative arts associations to take advantage of the GH¢3 million set aside by the government for the development of the sector.

She said the associations could send their proposals to the Culture Forum, the disbursing organisation, to enable them to access the fund.

Mrs. Ofosu-Adjare was speaking at a conference for beauticians, tailors and dressmakers in Accra on Monday.

The government early this year, provided GH¢1 million as seed money to the creative arts sector and subsequently donated another GH¢2 million.

Mrs. Ofosu-Adjare said the creative arts had not received the needed attention over the years, because it was taken for granted.

To fast-track activities of the creative arts industry, the sector Minister told the participants that an interim creative arts council had been established following broad stakeholder consultations in all 10 regions of Ghana.
She said the draft bill, embodying inputs of practitioners was before the Attorney General’s office for consideration and approval by cabinet.

Mrs. Ofosu-Adjare said the government had developed all aspects of the tourism, culture and creative arts sector and said more opportunities would be created for beauticians, tailors and dressmakers in 2017.

She said creative arts, tourism and culture contributed to the growth of the economy, adding that a lot of investments was made in the sector.

The sector minister mentioned the passage of the new film bill to replace the cinematography act of 1961, initiation of processes to transform the National Film and Television Institute (NAFTI) into a university of media and creative arts, the Accra marine tourism enclave drive project and inauguration of the tourist information as some achievements. 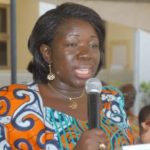 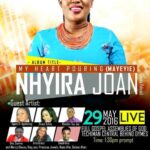