Halert Music productions’ Afro pop artist Adolf Tagoe, has released his third single in 2017 and this time, titled it “419 Lover”.

With his authentic brand of African pop, dance music combined with his significant songwriting talent, Adolf has worked with Sarkodie, Gasmilla and Kurl Songx for his album and has promised to feature more A-list artists on his coming album.

Adolf Tagoe became a crossover success in the Ghanaian music industry when he released Kakalika Dance some few years back and has since been identified as one singer who will move your feets with his singing abilities on any day.

His latest “419 Lover” was produced by one of Ghana’s renowned and popular producer Kaywa.

It is never easy to obtain crossover success in our small industry, let alone attract major collaborators, as the margins for success in pop music becomes thinner and thinner because of internet accessibility, streaming and affordable production costs for independent artists. Adolf’s dynamic talent and ambition has allowed him to give his fans the best all the time and 419 Lover is not an exception.

Known for composing dance tunes, Adolf this time shifted his wirting skills to address some relationship issues in our society. In this song Adolf advised Ghanaian women over relationship with foreigners who pose as life time partners but later end up disappointing them. 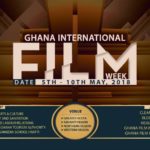