It is favorably projected that revenue accruing from the tourism sector will total US$8 billion in the next eleven years with tourist arrivals also pegged around 4.3 million, within the same period of time.

With these huge expected revenue inflows, in addition to several forecasted proceeds from the country’s budding oil and gas sector, the barrage of challenges being witnessed at the moment almost in all sectors of the economy, are hoped to be satisfactorily tackled.

For instance critical issues of unemployment, energy, healthcare delivery, education and housing among others are envisaged to see significant improvements or far better efforts being made to address them.

However, according to the Special Events Director of the Ghana Tourism Authority (GTA), Mr. Benjamin Anane – Nsiah, noted that these developments will not occur if industry players fail to invest in critical areas which will make it competitive.

He said the competitiveness of the tourism industry require a combination of product, good service and competitive pricing, and thus emphasized the need to deepen service delivery.

He observed that despite the remarkable growth seen in the industry a lot more remains to be done in the area of service delivery. The situation, he alluded, puts the local tourism industry far behind the tourism industries in other countries within the Sub-region which are even recovering from years of conflicts.

‘Quality service delivery in the tourism industry is the biggest singular challenge of the tourism business in Ghana. Poor service is being noticed in all aspects of the tourism trade business.’

To this end, he asked tourism practitioners not to only spend money to give their facilities face-lift, to meet benchmarks, but also to invest in the soft side of the industry; the human resource, to complement the gains being made.

Mr. Anane-Nsiah advised industry players to as a matter of urgency capitalize on the nationwide training program designed to address the deficit in service delivery, given how critical the quality of service affects the industry.

He charged owners and operators of tourism facilities to apply the same commitment they attach to trips outside the country to bring things to refurbish their facilities to invest in developing their human resource base.

“Those of us in the management of hotels must realize that to you are playing dual roles by trying to sustain your businesses and have the responsibility to keep the image of the destination in total as a good one.”

It was recognized that the nation’s effort to drive tourism is undertaking a lot of interventions in different sectors; ports expansion; aviation and other areas of the transport sector among others, and therefore tourism operations was asked to be brought to the level comparable to those abroad.

A total of 392,000 people are said to be employed both in the formal and informal tourism enterprises and establishments out of which 112,000 are direct jobs.

These jobs are directly created through employment of people in the hotels, restaurants, night clubs, local transportation, souvenir sales operators among others and indirectly through the supply of goods and services needed by tourism related businesses.

These came up at the ‘11th Ashanti Regional Tourism Awards’ organized by the Ghana Tourism Authority, in Obuasi, under the theme “Excellence in service delivery, a key to sustainable tourism.”

At the local level, domestic tourism in the Region was indicated to have witnessed tremendous progress despite many challenges. The Manhyia Palace Museum, a leading tourist destination in the Kumasi, for instance, saw an arrival of 40,808 with receipt of GHC 130,837.00 as at August, 2016.

– The Ashanti Regional Manager of GTA, Mr. Ekow Sampson, said domestic tourism awareness was made possible through the launching of the “Explore Ghana Domestic Tourism Programme.”

The programme is aimed among others to inspire the citizens to know their country better, conserve and preserve its rich and diverse culture, strengthen interactions among Ghanaians to foster national cohesion and unity.

He thus joined the calls for all tourism enterprises to embrace and patronise the upcoming training programme in order to sharpen their skills.

Given the decline in business activities resulting from the closing down of the Obuasi Mine and subsequent retrenchment of workers, Mr. Sampson appealed to Anglo Gold Ashanti and the Municipal Assembly to invest in the development of a Mining Museum while developing the abandoned mining sites as a place of attraction to help revamp the local economy.

In all, twenty – nine (29) individuals and institutions were honoured. Among the criteria used in the selection of the awards were ideal location, excellent facilities and services, excellent cuisine, splendid and specular views, interesting sporting and other recreational facilities, fulfillment of statutory obligation (Tourism Levy, SSNIT contribution, VAT), professional management. 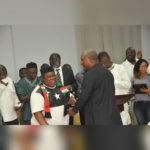 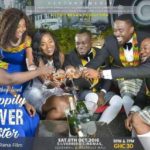