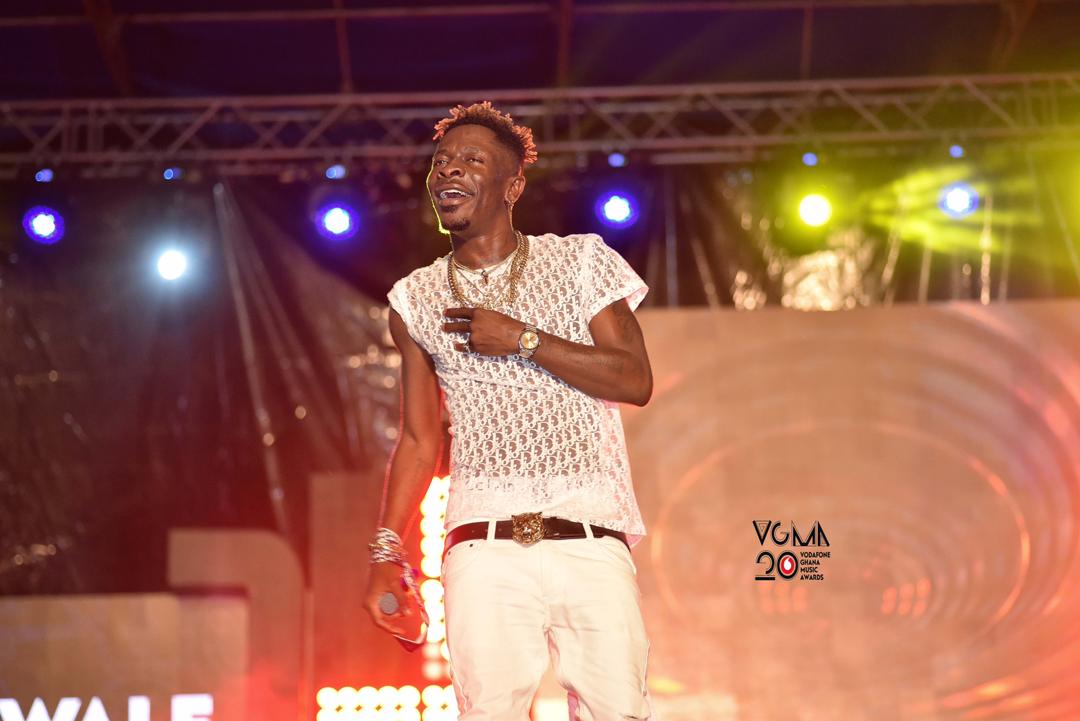 A brawl erupted between Stonebwoy and Shatta Wale camps at the 20th anniversary of the Vodafone Ghana Music Awards.

Pandemonium broke out shortly after Stonebwoy was announced the winner of ‘Reggae/Dancehall Artiste of the Year’.

What should have been a good night of music turned on its head when Stonebwoy pulled a gun on stage. Stonebwoy, who was picking up the award for winning ‘Reggae/Dancehall Artiste of the Year for a record fifth consecutive.

He was about to deliver his acceptance speech for the award, when Shatta Wale started walking to him on stage.

Pandemonium broke when Shatta Wale and his entourage stormed the stage when they had not been invited. Blows started flying between Stonebwoy’s entourage and Shatta Wale’s team.

Police and security personnel rushed to the stage to prevent the brawl from escalating. It is at this point that Stonebwoy pulled out a gun on stage as some of his team members try to shield him and the gun.

Following the fracas, the event was disrupted for about 30 minutes. Some guests, including actress Jackie Appiah, rushed out of the venue. Shortly after both camps were separated, Shatta Wale, who had already picked up two awards on the night, posted on Facebook, a post which suggested he was quitting music to focus on his newly found love – real estate business. 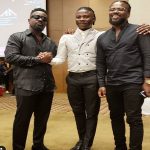