Ghanaian musician Kenneth Kay Strinkz has released his first single for the year 2022.

The single titled “Ghetto youth” was produced by Eric Beatz under Ross recordz.

Known in real life as Kenneth Aidoo, the sensational artiste released two singles last year as part of his much awaited album.

Kay Strinkz who has three singles to his credit so far said his third track focuses on life and what Ghanaian ghetto youth are going through. 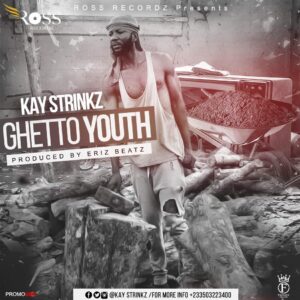 With over 15 years experience in the music industry, he is hopeful of breaking through with his album this year.