Weeks ago, the artiste was billed for several events in Europe where he used the opportunity to shoot some music videos expected to be released next year.

The artiste who has 15 songs to his credit said he is making enough efforts to release the full album next year together with the music video to every song.

Check out pictures from the video shoot . 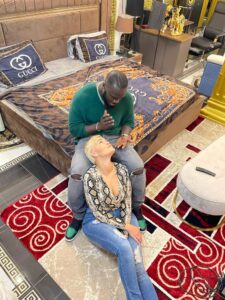