Asamoah Gyans manager Samuel Anim Addo has responded to claim by celebrated TV hostess,Nana Aba Anamoah that Dede Ayew should be made the Captain of the black stars.

Nana Aba Anamoah descended heavily on Ghanaian players for not winning laurels to put the country’s name “on the map”.

According to her, all that Ghanaian players are good at is to bluff and show off with their little wealth they get from playing club football but when it comes to excelling and gaining recognition for that, they fail at it.

The Award-winning broadcast journalist, accentuated extensively by proposing that Dede Ayew be made the skipper of the Black Stars to boost its chances of winning trophies.
Responding to the GHone TV hostess’ assertion, the manager of Gyan;Samuel Anim Addo delineated angrily to Papa Maestro,host of ‘Hot Sport Reloaded on Accra-based Hot 93.9FM that Nana Aba Anamoh should stop talking loosely and stay on her lane as a TV Presenter.
Anim Addo,cogitated extensively by labelling Nana Aba Anamoah a liar and cautioned the celebrated broadcaster not to bring her personal problem with Asamoah Gyan to the public domain.

The most intense part of the interview is when Samuel Anim Addo teared Nana Aba Anamoah apart by quoting a proverb in the Ga dialect, which is ”Eshaa Ehe Sha”,Meaning Nana Aba Anamoah doesn’t fart according to the size of her body. 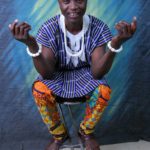 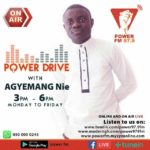