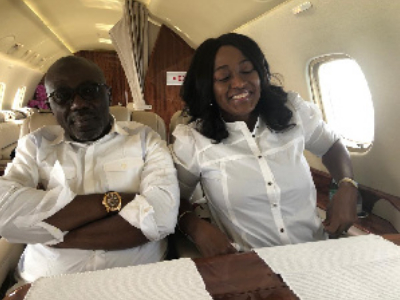 Business mogul and Chairman of the SIC Life Company Ltd, Akwasi Aboagye Atuah overwhelmed his wife with a surprise flight to the stunning Monaco capital, Monte Carlo for her 50th birthday celebration.

In a video cited by www.ghanaweb.com, Mrs. Anna Atuah who appeared to be clueless about the development was welled up with emotions and squealed in excitement after she saw close friends aboard the chartered private jet.

According to reports, Mrs. Atuah, who is a staff of Ghana Revenue Authority turned 50 on May 13th and as part of celebrations, close friends and family members were flown in a private jet chartered by her husband Akwasi two days earlier to Monte Carlo for a grand surprise.

Among other things, the entourage, numbering about twenty were treated to some lavish dinners and also witnessed the couple’s renewal of vows at a Cathedral in Monaco.

Mr. Kwasi Aboagye Atuah is the founder and CEO, of Lifeforms Group. He began his career in 1987 as a Film Producer/Director doing corporate videos and documentaries. He is considered the pioneer of airtime sales and programme syndication in Ghana. Working with Warner brothers, Columbia Pictures and Viacom, Mr. Atuah introduced to Ghanaian TV screens sitcoms such as 227, family matters and different strokes, The Cosby show among many others, which arguably raised the bar for Ghanaian producers.

After a successful career in programme syndication, Mr. Atuah realigned Lifeforms core function from program syndication to infrastructure project development. Over the past 10 years, Lifeforms Limited under the direction of Mr. Atuah, has developed a number of projects.

Mr. Atuah is also the promoter of the Switchback Development Project, a 17 acre mixed development, consisting of apartments, office space and a hotel, of which Lifeforms is in partnership with the SSNIT and Trassaco Estate Development Company.

He was also at the forefront of the strategic acquisition of shares in two major Ghanaian banks by Lifeforms, Prudential Bank Ghana, and Fidelity Bank Ghana and a Board member of Donewell Life Insurance Ltd, and Prudential Bank Ltd.

Mr. Atuah is currently the Board Chairman of Phytoriker Pharmaceuticals Ltd and also sits on the Board of Forms Capital Ltd, Prudential Properties Ltd, and Frontline Capital Ltd

He holds an MBA from the China Europe Business School (CEIBS). He is also a long serving Rotarian and established and Chaired the Rotary Foundation for the Rotary Club of Accra, Airport.

He was appointed Board Chairman of the SIC Life Company Limited in October 2017.

Mr. Atuah has been described by his peers as tenacious, creative and full of drive, which is also the mantra he lives by. He believes in working hard and giving back, the inspiration behind the formation of Forms foundation and his invitation to be an advisor/partner of ACUMEN Fund West Africa. Mr. Atuah is married to lovely Anna and has 4 children. 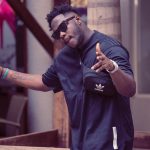