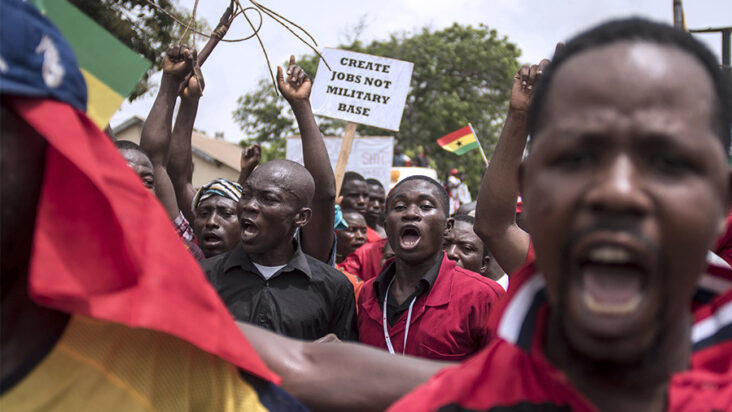 Some Public Sector Workers are demonstrating in Accra against the 4% and 7% salary increment proposed to them by government.

The workers are also unhappy over general living conditions in the country.

They are demanding at least a 25% salary increase to accommodate their concerns. Last Friday some aggrieved workers locked up their offices in protest of the adjustment.

The 4% pay rise offer for the next two years has been described as the weakest negotiation ever by organized labour creating apprehension within the various labour unions.

He however said organized labour did not anticipate its 15% increment proposals would be shot down to the 4% counter-proposal by government considering the solid justification that backed the proposals.

But government maintained that covid-19 has negatively impacted the economy and therefore could not meet the 15% increment demand.

“We were told that if we should push anything further than what government team was proposing it has a lot of implications and that one was that there could be lay-off, and that will also affect the labour unions. Because for every Union, you expect membership to increase and not to decrease. So if there were imminent signs of decrease in membership it sounds unacceptable to labour and that is why we considered that for the sake of all others let us consider the proposal put forth by government,” he said.

He added “Labour went on to demand of government other packages they could give to support labour, part of it was that government gave the assurance that if we were accepting their proposal of 4% then they will also ensure that there wouldn’t be downsizing in public sector. Again, they assured us that they were going to increase employment”.

Mr. Korankye however said Organized Labour is expecting government to fulfil its parts of the bargaining agreements which include vaccinating all public sector workers against covid-19 in the next two years, issue financial clearance for employment into the public sector and ensure prompt release of tier -2 pension funds. 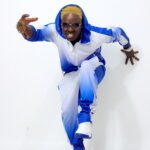 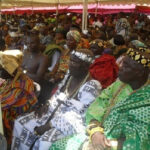