Beyoncé’s vision to reimagine the story of the Lion King movie through music, arts, and fashion came to fruition on 31st July, 2020 as Disney + unveiled the highly anticipated Black Is King film. For this vision which, takes her on a pilgrimage to Africa, Beyoncé enlists several talented creatives who pool efforts and experiences together. Here is a list of all Ghanaians who worked on the project, and their respective contributions.

Shatta Wale — Charles Nii Armah popularly known as Shatta Wale was the only Ghanaian artiste featured on the LION KING: The Gift album released in 2019. Beyoncé’s collaboration with Shatta Wale and Major Lazer on ‘ALREADY’, to a large extent gave way for some scenes of the Black is King, as they shot the song’s music video.

Joshua Kissi — On instagram, Ghanaian-American photographer and entrepreneur Joshua Kissi describes Black is King as a love story to Africa and a great reminder of who we are, who we were, and who we hope to be as a people and as a culture. Joshua who was in Ghana for the burial of her grandmother was enlisted to help facilitate the direction of the shoots in Ghana. He is credited as a second unit director alongside Nigeria’s Meji Alabi and a host of others.

Kwasi Fordjour: Kwasi Fordjour who is known to have brought Emmanuel Adjei, Joshua Kissi, and some other creatives aboard the Black is King ship, is a creative genius who has been working with Beyoncé at her Parkwood Entertainment company. For Black is King, Kwasi together with two others created the golden logo for Beyoncé’s Lion King album which inspired the Black is King movie. Kwasi is officially credited as a co-director; Beyoncé also acknowledged him as a major contributor, as she for the first time announced the arrival of the project on her Instagram.

Emmanuel Adjei — Ghanaian-Dutch filmmaker has a sterling catalog working with great names like Madonna on Dark Ballet and batuka, both taken from her chart-topping album — madame X — released in 2019. For black is King, Adjei who is credited as a director, employs his experience in creating atmospheric worlds in cinematic styles, which seeks to thrive on the middle ground between African reality and the legend of the Lion King. This is made clearer when on Instagram, the excited Adjei reacted to the official poster for Black Is King — an image of a body soaring above the earth — which appears to have been taken from the several scenes he directed.

Ghanaian filmmaker Samuel Bazawule after a sterling music career created ‘the Burial of Kojo’ which became the first Ghanaian movie to be streamed officially on Netflix after a successful distribution deal with Ava Duvernay’s Array Now. For Black is King which he describes as an epic adventure, Blitz who is officially credited as a producer brings to life afrosurreal and afro futuristic concepts ensuring that every scene conveys a complex interpretation of Beyoncé’s vision and also a simply beautiful picture of Africa. His efforts on the project are best conceptualized by his long-held mantra — “Black Is beautiful even if the circumstances aren’t”.

David Boanuh: David Boanuh only 22 years of age has an amazing career as a cinematographer and a filmmaker who joined the BLACK IS KING project after a call from Joshua Kissi.

Sharifah Issaka: Sharifah — a producer and a creative consultant who has worked with notable brands including Netflix and apple was enlisted as the producer for the Ghanaian episode of the BLACK IS KING film. Prior to that, she assisted in producing Black Earth Rising — the BBC and Netflix collaboration starring Michaela Cole. More of her works are here: sharifah.work/

Nana Kwasi Wiafe is the fashion creative also enlisted by Joshua Kissi to style the cast for the Ghanaian episode of Beyonce’s Black is King film. In an interview with Jason for the Jendaya fashion blog, Nana Kwasi Wiafe reveals some of the brands he used styling and they include Very Ghanaian created by himself, FREE The youth, Kente Gentleman, Studio 189, Maxhosa among many others.

Mohammed Blakk: Mohammed blakk is a model, fashion stylist, and designer as well as a visual artist from Ghana. For Black is King, Mohammed was enlisted to do the body art for the dancers and also helped scout Ghanaian locations for the shoot.

Dancers: To shoot the ALREADY video, the directors enlisted Ghana’s DWP Academy dancers, who have consistently been thriving and pushing the Ghanaian dance industry to global heights. Check out the names of all the dancers featured. 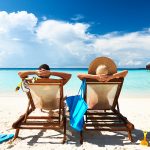 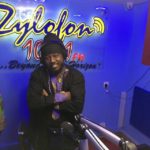