Richmond Adu-Poku a management team member of Lynx Entertainment met the founder and leader of True Word Prophetic Fire Ministry, Prophet Nigel Gaisie to deliberate on ways of averting a possible of one of the aforementioned musicians in 2019.

The meeting according to Attractivemustapha.com reporter who was at the church premises was necessitated by the recent prophecy made by the Prophet that one among Kuami Eugene and Kidi under Lynx Entertainment including the “Woara” hitmaker Kwesi Arthur will die before the end of 2019.

Richmond Adu Poku who is said to have been accompanied by few friends also spent time to pray during the consultation and prayer service.

Prophet Nigel at his December 31, 2018 watch-night service predicted that 2019 would be a bad year for artistes Kuami Eugene, Kidi and Kwesi Arthur.

After the 31st service the pastor also predicted that one of the names mentioned above will die before the end of the year .

Though Kuami Eugene and Kidi have not taken any offence about the prophecies made by the pastor, they said they would have preferred to receive the prophecies in private than to have it circulated all over social media.

“I don’t know about his orientation but I feel like prophecies are said to the people involved,” Kidi said.

Kuami Eugene noted he was not surprised about the prophecy because it is not his first.

“Someone told me I was going to die last year and I respected that because the person called me and told me about that prophecy. The person advised me on where I should go and where I shouldn’t,” he stated. 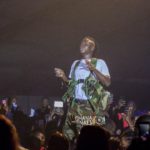 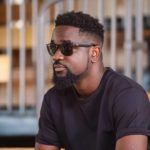