Adjetey Anang, the Ghanaian actor who was popularly known in his prime as’ Pusher’ believes spending more time with children as parents helps them better than being focused on work alone.

To him, it is good to work in order to secure a brighter future for your children, but even at that, parents, especially fathers, should not be treating that as the utmost priority over the upbringing of their children.

He added that his father did the same thing with the impression of making more properties as an inheritance for them, which almost made him listen to his peers and follow several lifestyles that weren’t favorable.

In his view, balancing attention and allocating some time for your children will detach them from any unnecessary behaviors.

“One thing I know my father and his generation did was to spend more time working to ensure they leave some legacy and inheritance behind for the children, which is a good thing, but I think the focus becomes lopsided because we sacrifice quality time spent with the children.

“Situations that expose children to different materials and information regardless of the source, hence I want to balance the scale between spending quality time with my son and working,” he added.

Speaking on Accra-based JoyNews on Wednesday, June 15, 2022, he noted that being a father has been a learning platform for him and that has made him enjoy parenthood.

“… It’s been bits and pieces of everything and for me I just more or less welcomed it to be a learning process for me and I have enjoyed it,” he stated. 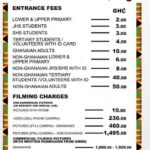 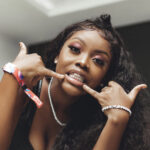