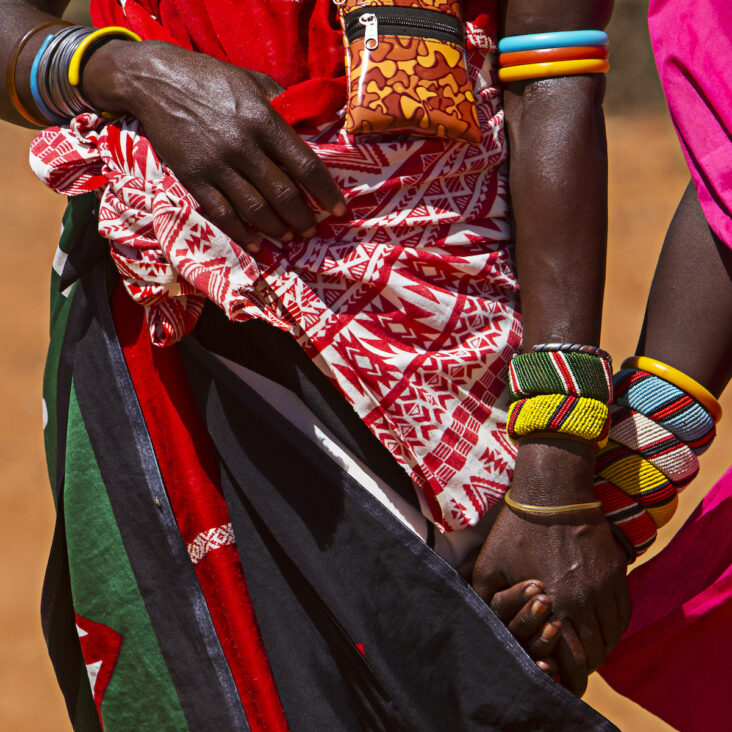 It’s easy to visit Africa and yet see nothing of the local customs and cultures. Safaris tend to focus on wildlife, and many travelers don’t get close enough to see a local village or its people, let alone experience some of their cultures or customs.

The African continent has 54 countries and around 1.3 billion people. There are an estimated 3,000 tribes, speaking more than 2,000 different languages, each with its own style, look, and culture. From shaven heads to intricate braids, brightly colored clothing to intricate beaded jewelry, these are just some of the features of diverse African tribes. And just as they look different, they have different traditions, too. To come to Africa without meeting its people is to miss out on a big part of what makes this continent unique.
What Is A Tribe?

Discussing the definition of a “tribe” would doubtless keep a social anthropologist busy for days. Still, it’s commonly understood that a tribe is a community of people who share the same culture, language, traditions, and ideology. Read on to learn a little about a few of the fascinating and different tribes you could visit on your next African journey.

The hunter-gatherer San people are one of the world’s oldest tribes and probably the first inhabitants of southern Africa. Today their approximately 100,000 descendants are predominantly found in Botswana, Namibia, Angola, and South Africa. San people, also known as Bushmen, are recognizable for the unique clicking sound they make when speaking.

The San’s tracking and hunting skills are renowned, helping them survive the desolate and unforgiving landscapes of southern Africa’s deserts and vast salt pans. Spending some time with them provides insight into their unique culture and skills. They can show you how to make animal traps, find roots and tubers, and even how to make tobacco from zebra dung! Dressed in loincloths, with bows and arrows over slung their shoulders, they lead the way and you follow, and you can’t help but be in awe of their intimate knowledge of the land.

The San were the great artists of southern Africa and were responsible for cave and rock art found across the region, some of which dates back thousands of years. They used pigments made from minerals, ochre, eggs, and blood to paint iconic images of hunters and various animal prey.

Sadly, they are also synonymous with the plight of minorities in Southern Africa, and have been variously hunted, exploited, and pushed off their land. Today the traditional lifestyle of the San Bushmen is restricted to small pockets of land, and their survival and way of life hang in the balance.
Zulu tribe members dancing.

They are a warrior tribe, originally from East Africa, but who migrated south centuries ago, finding a home in KwaZulu-Natal, South Africa’s Indian Ocean Coast. In the early 19th century, the Zulus, under the leadership of King Shaka, became a formidable empire with a fearsome reputation that is still acknowledged today. Shakaland, a cultural village, which has the largest kraal in Zululand, is also the birthplace of the legendary King Shaka. Here, Zulu traditions and culture are kept alive, with demonstrations of Zulu craft, building skills, pottery, brewing, dancing and music. The Zulu are particularly renowned for their beadwork, with bright colored beads woven into intricate patterns that are highly decorative, functional, and symbolic.

The Maasai are arguably the most famous of all the African tribes and live along the Great Rift Valley of Kenya and Tanzania. These homelands are close to many famous game parks, meaning you are bound to come into contact if you venture here on safari. With their red, sarong-like blankets (shuka), pierced ear lobes, and colorful ornaments, you will know when you see a Maasai tribesman! Despite the pressures of the modern world, the Maasai have fought to preserve their way of life. On any east African safari, you are bound to encounter them and some of their famous traditions, including the jumping dance (adamu), and their predilection for spitting and drinking blood.

Adamu is performed as part of initiation rites when young adults become men and eligible bachelors. Accompanied by song, pairs of men take turns to see who can jump the highest, demonstrating their prowess and fitness … he who jumps highest attracts the best bride!

While in Western traditions saliva is a pretty private, personal matter, in Maasai culture it’s considered extremely good luck to be shared! When shaking the hand of an elder, it is important to spit in one’s palm, and to ward off evil spirits, one must spit onto a newborn baby’s head.

Spitting is one thing, but how about drinking blood? Yes, the Maasai drink cow’s blood (often mixed with milk)! (For your peace of mind, let me assure you that the Maasai revere their cattle, and the letting of blood causes no lasting harm.)

Visit a Maasai village to learn their culture and traditions and visit a traditional boma to watch them herding their cattle and making traditional beaded jewelry. Some camps offer guided walks with the Maasai, which are a good opportunity to enjoy the wilderness, watch wildlife, and spend more time with these friendly people.

The unforgiving, desolate Kunene region of northwest Namibia is home to a resilient people called the Himba. This tribe of hunter-gatherers and pastoralists has successfully maintained their culture and traditional way of life, predominantly because the area they call home is so incredibly remote.

Himba women are famous for their appearance with red-tinged complexions and thick, red hair in elaborate hairstyles. Hair for Himba women signifies age and status, starting with shaved heads for young children, then braids and plaits, and graduating to a leather ornament called an Erembe for women who have had children. The unique color comes from a paste made from butter, ochre, and fat. The paste is known as otjize and is applied daily to skin and hair alike. (The Himba men do not use the paste).

Central to the Himba’s cultural beliefs is Okuruwo, the holy fire, which symbolizes their connection to their ancestors, who are believed to be in direct communication with Mukuru, the Himba god. There is a permanent fire at the center of each village to signify this connection. It is tended to by a fire-keeper from each family.

Spending time in a Himba village is a humbling experience. It gives you a chance to learn about the architecture of their houses, the structure of their community, their survival in an unforgiving landscape, and how to create beautiful and intricate jewelry from iron and shell beads.
Samburu warriors in Kenya.

The Samburu tribe from north and central Kenya are pastoralists, primarily herding cattle, but also goats, sheep, and sometimes camels. The Samburu are closely related to their southern neighbors, the Maasai, but are semi-nomadic, wandering in remote, arid areas. Like their Maasai neighbors, the Samburu diet includes milk and animal blood, while eating meat is reserved for special occasions.

The word Samburu means butterfly and refers to their many colorful adornments. Men wear black or pink robes in the style of a Scottish kilt, along with headdresses, anklets, bracelets, necklaces, and long braids. Women have shaven heads and wear two blue or purple cloths, one around the waist and one around the chest, and adorn their bodies further with ochre, similar to the Himba of Namibia.

What sets the Samburu apart is their gerontocracy. Gerontocracy is a social structure where the elders make all the decisions. The oldest members of the society are the leaders and have the final say in all matters and possess the power to curse younger members of the tribe.

The Samburu are one of the few African tribes that still live according to old traditions and customs, making a unique and interesting visit.
Southern Ndebele

The Southern Ndebele are found in South Africa’s north-eastern provinces, and while they share some language with the Zulu, they have unique culture and beliefs that set them apart from other African ethnic groups.

The Ndebele believe that spells or curses cause illness. To cure illness, a sangoma (traditional healer) battles these forces using traditional herbal medicines and bone throwing. While these traditions are interesting, what truly makes the Southern Ndebele unique is their artistic style. Not just clothing and adornments, but homes, too, are decorated with striking geometric patterns filled in with color.

While traditional Ndebele designs were of muted earth-ochres, tastes have evolved, and modern Ndebele designers use a much more vibrant and vivid palette. One such famous Southern Ndebele artist is Esther Mahlangu, whose designs have appeared around the world, from the tails of British Airways jumbo jets to museums and private art collections.

If you’re interested in finding out more about African tribes and experiencing their way of life, modern-day tourism makes this possible. Many safari companies can include visits to tribal villages in your itinerary. These can be anything from an hour or two visit to an overnight stay and more. If you do decide to experience local African culture in this way, it’s a good idea to follow a few basic etiquette rules:

Different cultures view time differently, so focus on the moment and the people you are with rather than the schedule. People and experiences in the present are more valuable than appointments in the future.
Keep smiling! If you feel uncomfortable, awkward, or embarrassed, just smile!

We live in an amazing age where global travel is relatively quick and easy. You no longer need to be an anthropologist to visit these incredible African tribes and make memories that will last a lifetime. So don’t just read about rich African cultures — come and experience them! 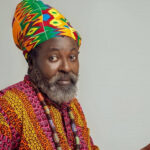 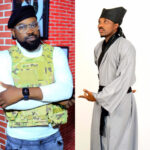