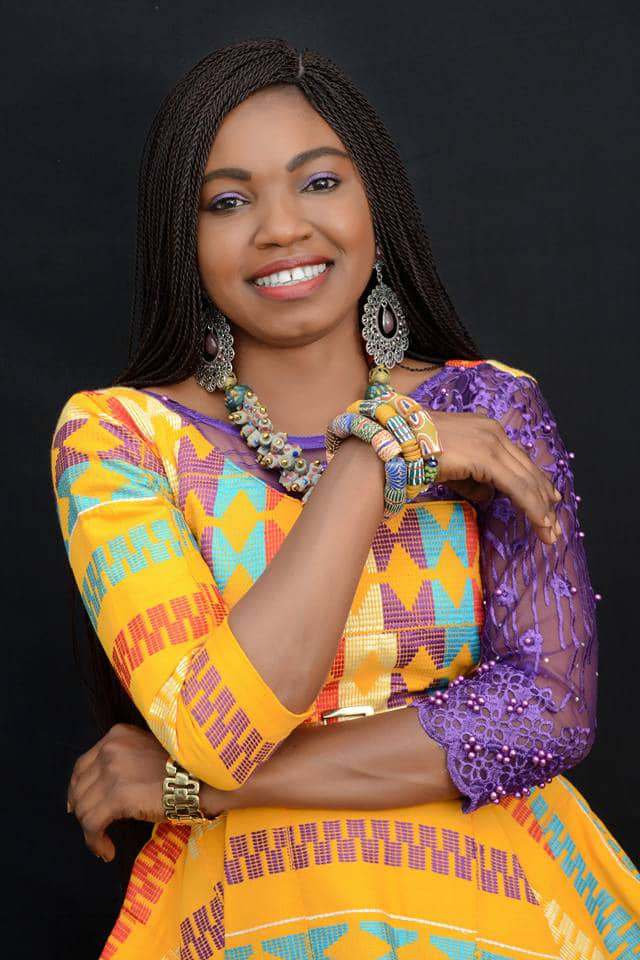 A television presenter at the Ghana Broadcasting Corporation has been arrested for Allegedly duping a travel and tour company to the tune of $62,100 under the pretext of securing Israeli visas for customers of the tour company.

Lois Acquah, a TV presenter on GTV and presenter of the Holyland Revealed Show, introduced herself to the management of Don-Markus Travel and Tours as the mouthpiece of the Israeli Embassy in Ghana and also claimed to have connections within the Israeli embassy in Ghana and the Ministry of Interior in Israel and later convinced the management of the tour company to recruit prospective travelers for her to secure visas for them at an agreed fee of $4,000 per passenger.

She further introduced one Henry Hanson Hall, a former Ghanaian Ambassador to Israel as her partner who was very influential in securing visas from the Israeli Embassy because according to Lois, Mr. Hanson was the one who lobbied for the new Israeli embassy to be re-opened in Ghana after 38 years of closure.

Based on Lois’ submissions, the management of Don-Markus Travel and Tours subsequently run television and radio adverts from March to May 2019 on Adom TV, Adom FM, HSTV, Asempa FM amongst other networks to create awareness for the intended travel to Israel.

The travel and tour company was able to recruit a substantial number of travelers for the GTV presenter and consequently paid monies amounting to $62,100 into the personal accounts Lois Acquah. Executive Director in Charge of Operations at Don-Markus Travel & Tours, Mr. Ebenezer Okang said after receiving payment in her account, Lois requested to meet all the applicants in front of the Ghana Broadcasting Corporation for an orientation before their departure date which was scheduled for 18th May 2019.

At the meeting, she informed the passengers that all monies paid to Don-Markus Travel and Tours have been paid to her so they {the passengers} do not have to bother the management of Don-Markus Travel & Tours anymore adding that they then belong to a group called Royal Christian Network but soon after taking charge of the group, Lois started behaving funny and created confusion amongst the travelers.

“She started changing the agreed price for the tour package and demanded monies that were not part of the agreement”, Mr. Okang recounted.

Efforts to trace her became more difficult because she moved out of her residence where she showed to officials of the tour company as her place of residence. Information about where about from some workers at the Ghana Broadcasting Corporation was scanty as most of them refused to disclose any details about the GTV Presenter.

Mr. Okang told AttractiveMustapha.com that Lois who initially said she had secured all the visas for the passengers of Don-Markus Travel & Tours later came to say some of the visas were rejected just some few hours after extorting extra monies from the individual travelers as air ticket change fee.

He added that these additional payments were not part of the $62,100 paid into her account by Don-Markus Travel and Tours. “About two days to the departure date of the group to Israel, Lois called the passengers for an emergency meeting at the premises of the Ghana Broadcasting Corporation and again told them to pay some additional money since she had incurred some extra cost on their air ticket because their original air flight had been changed from Ethiopia Airways to Turkish airlines”,Mr. Okang submitted.

According to him, just after demanding the said payment and having collected the additional money from the passengers, Lois again told the passengers that some more people had been rejected from traveling to Israel. “This announcement caused one of the lady to faint at the meeting grounds and she had to be resuscitated by pouring water on her because her name was not on the final list of the passengers who have been selected to travel to Israel”, Mr. Okang further noted. Some for passengers who were deceived by Lois Acquah and his partner, Ambassador Hall thronged the Kotoka International Airport to stop Lois from running away with their monies but she told them they had not paid any money to her so they should go for their monies from the tour company.

A complaint was lodged with the police for her arrest upon arrival from her trip but that failed and a search was mounted for her arrest until she was spotted around Odorkor on Monday 24th June 2019 and the Odorkor Police was alerted to affect her arrest.
She has however been granted bail to report back to the police during the week for further investigations. 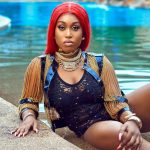 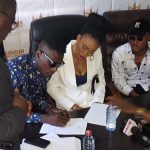