Nana Tornado did not spare TV and radio personality Kofi Okyere Darko as he claims he does not know KOD ‘from Adam’ but the latter has decided to be insulting him for reasons best known to him and it is only mad people who behave as such.

In a video interview with Attractive Mustapha on Attractive TV, Nana Tornado said Diana Asamoah needs to read the Bible well because according to his own interpretation, Jesus Christ got drunk whilst travelling with his disciples on the sea to the extent that when the ship was sinking he could not feel it.

“Then Diana Asamoah is a mad woman. Because the Bible even tells us that her Jesus Christ got drunk and slept deeply whilst travelling by ship on the sea with his disciples and the disciples had to scream his name several times before he woke up.”

The actor also said he is a ‘free-thinker’ who does not believe in Christianity and would not borther attending church services because to prosper in life demands personal efforts and common sense but not prayers or prophecies from some self-acclaimed men of God. 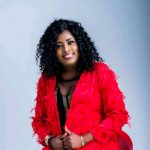