The husband of popular television presenter Stacy Amoateng, Quophi Okyeame has revealed how a prophecy from troubled preacher Cecilia Marfo saved his wife from dying.

Quophi who is also a media personality speaking an exclusive interview on KOFI TV he narrated how a Cecilia Marfo’s call made Stacy stay in Edumfa prayer camp for a year.

Narrating the story he said he was on radio one day when a call from the Gospel musician turned pastor came through asking him to stop what ever he his doing, rush home and take stacy straight to Edumfa otherwise she might die within some few hours.

” I was on air when Cecilia Marfo called me on phone and told me God has spoken to her that my wife is sick. Within some few hours she may die, so I should stop whatever I’m doing, go and pick her to Edumfa Prayer Camp in the Central Region.”

According to him, the call about Stacy’s sickness came as surprise because her sickness was kept away from the public because she was in the limelight.

He revealed that the only people who know of the sickness was his wife’s mother, those in their house and two of her reliable friends.

Quophi further continued that he drove straight home to see his wife almost dead, picked her up and drove her straight to Edumfa Prayer camp where it was revealed to them that a friend took her red panties just to kill her for appearing on TV.

He concluded that thanks to the prophecy from Cecilia Marfo, they stayed at the Prayer camp for a year until Stacy got better through prayers and directions.

Cecilia Marfo has been on the chopping board ever since Hon. Kennedy Agyapong revealed that she was an evil woman and deceiving people with her fake prophecy. 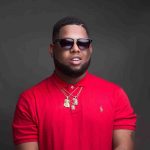 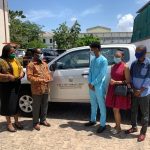