Celebrated British actor Rudolph Walker has been named among the tall list of world stars to be honored at the 2019 edition of Nollywood, Entertainment & Leadership Awards in the United Kingdom.

Rudolph Walker, OBE is a Trinidadian actor, best known for his roles on British television. He gained a national profile as Bill in the 1970s sitcom Love Thy Neighbour (co-starring fellow Trinidadian Nina Baden-Semper).He is currently best known as Patrick Trueman in the BBC One TV soap opera EastEnders, in which he has acted since 2001.

NELAS Awards is a platform that brings both celebrities and leaders in various career fields under one roof and celebrates the achievements of well-deserved Actors, Musicians, Leaders and individuals that stand out in the community for their achievements.

Apart from Rudolph Walker, Nigerian billionaire Allen Ifechukwu, Chief Executive Officer of Air Peace is also expected to be honored at the event.

The organizers have promised to announce more personalities who will be honored ahead of the event in the coming week.

The Awards promotes, recognises and rewards individuals and groups who are working hard in the movie industry in the United Kingdom 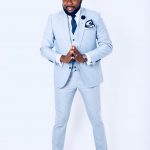 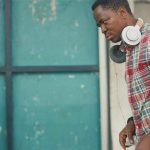